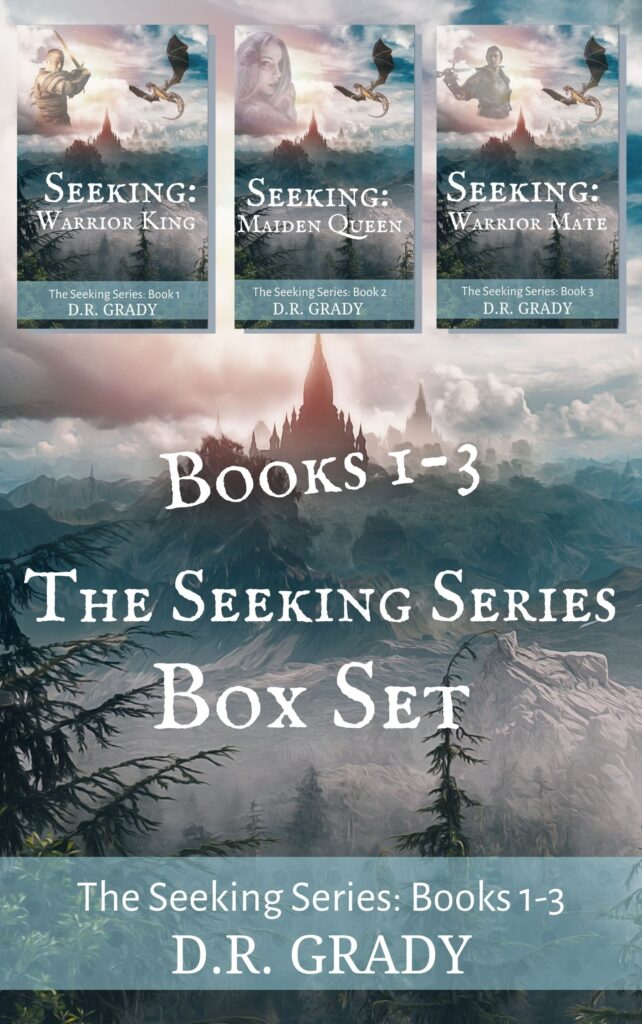 The first three books of the Seeking Series are here in one convenient volume! Featuring a clumsy dragon, fierce warriors both male and female, royalty, and decisions made that change the lives and course of others forever. If you enjoy short romantic fantasy, this series is for you.

Seeking: Warrior King – Book 1
With her beloved mother dying, Crown Princess Raene of Montequirst must prepare to be queen and choose a husband within hours of the death. By law, he must be the greatest warrior in the land. The only man who fits that description, who she can tolerate, is her friend and mentor, Vidar the Loyal. He’s a member of the elite Aasguard warriors, who have never married in their centuries of existence. Will they defy the bonds of tradition to grasp their heart’s desire?

Seeking: Maiden Queen – Book 2
Princess Stefana of Montequirst has one fear: being forced to marry a man she did not choose. So when she’s kidnapped by an insane neighboring king who intends to constrain her to do exactly that, she begins to rethink the entire princess thing.
Lajos the Swift, Aasguard warrior, and Stefana’s bodyguard, has set plenty of safeguards in place to protect her. But he’s starting to question his motives. After she’s kidnapped, he sets off with Montequirst’s clumsy dragon to retrieve her. She never signed up to save others but her decisions will forever change lives.

Seeking: Warrior Mate – Book 3
Ari and Kellen struggle with their returning emotions and feelings for the other that they’ve never encountered in their long years of living. When they surrender to their mutual attraction, a portal opens to a monstrous creation that immediately and gleefully attacks. Could this catastrophe mean the end of their union? As well as the unions of future Aasguard warriors? 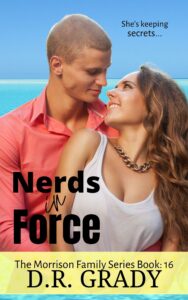