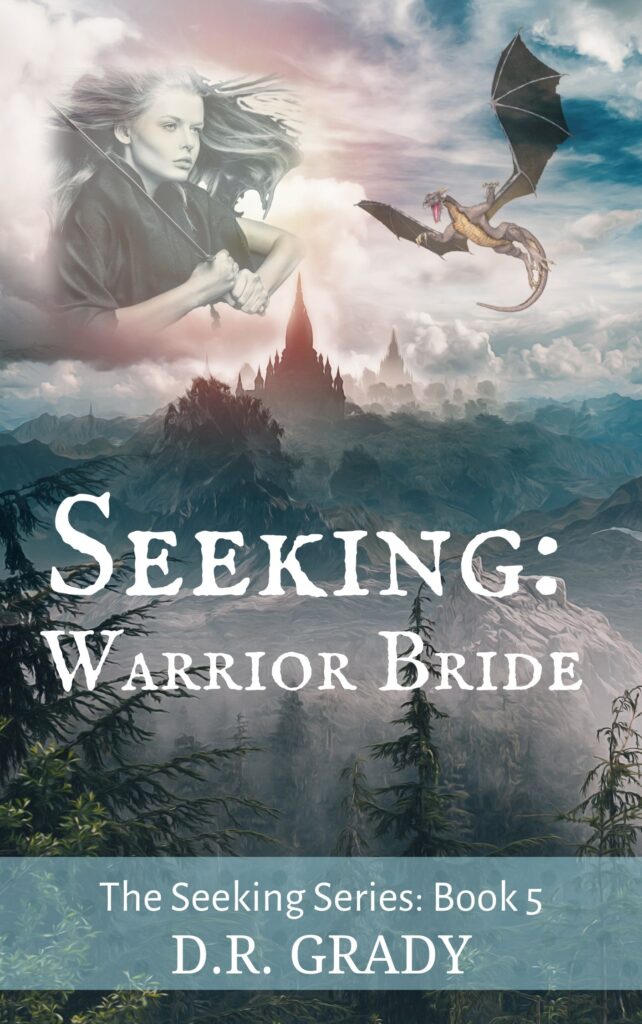 Fergus the First was the oldest Aasguard warrior and is presumed dead. Only he’s very much alive and has met his mate, Lucy the Lucky. The only problem with finding his mate now is after a vicious attack, his legs are paralyzed. A warrior who cannot walk or stand to fight… are they even a warrior?

Lucy the Lucky had not counted on the stubbornness of her mate. His focus on his inabilities have blinded him to the endless possibilities of their future. If he cannot see that his experience and knowledge are far more valuable than his legs she wonders if they can have a relationship.

He has a choice. He can overcome this obstacle or allow his paralysis to end their union before it even begins. Will his stubbornness be their end?

To call Fergus the First stubborn proved a ridiculous understatement. Especially now—with his firmed lips and shaking his contrary head.

Lucy the Lucky tamped exasperation. “Fergus, you heard Eliza. She and Myrtle said it is too early.”

His dark eyes flashed. “I need to know.”

With a deep breath and a silent plea for additional patience, she waited until his gaze met hers. “As a fellow Aasguard warrior I understand. However, Eliza and Myrtle, both renowned healers, have repeatedly told you it is too soon for you to try to walk.”

The line of his jaw tightened. “This is frustrating.”

Lucy leaned over to cup his chin. “A day ago you suffered in intense pain. In a nether chamber in sunken Atlas, wishing to die. Today you are at the newly built school for Aasguard warriors, a hero to our people and beyond. A legend in the flesh.” She wanted to kiss him, but that would be far too soon. And better to not reward this bad behavior. “Give it a few days. From what I gathered, the longer you wait, the better your chances of walking.”

“How do you figure?”

Lucy released his chin because the desire to kiss him overwhelmed. He reached out to grasp her hand in his large, calloused one. He desired the connection too and that reassured her.

“You have survived a vaspiris attack. What does surviving a fatal attack mean to an Aasguard?” As the first ever Aasguard warrior, the man had certainly drilled this information into the impressive number of students he had taught through the centuries.

“It will make us stronger.” His growled response made her hide a smile.

“Correct. But what is the qualifier?”

“You must give yourself the proper time to heal.” This emitted even more growly than the previous statement.

She sat back and waited. Even counted in her head.

“I hate this. I am in no pain now. I feel better than I have in over a century. Even before the attack.”

Lucy had fully expected this counter argument. He would not have tolerated it from any of his students and she couldn’t allow it now.

She went for dirty pool. Still relevant, but dirty nonetheless. “All those years that Punzel stayed with you, would you repay her by ruining all chances to ever walk again? To ever stand on your two feet?”

His snarled response was lost in the vehemence that accompanied it.

“Eliza just told you that if you wait a few days before you try to stand or walk, your chances of walking, running, and especially training rise to what extent?”

“Ninety percent.” He sounded like an unhappy schoolboy. Yet even though they had only met today, she could tell he would do as the healers said.

Myrtle, a lake serpent healer here, had made him a potion and she stated that she could smell less of vaspiris in his blood. This indicated that the herbal concoction she offered him was working to drive the last of the poison from his body.

Once that poison was gone, chances were excellent that he could practice standing again for the first time in over a century. He had been on his way to say goodbye to his good friend Lajos the Swift and his dragon, Fricassa. En route, not far from Atlas, a portal opened and a nasty, poisonous creature called a vaspiris had attacked him. His dragon Lachland had killed the creature, but died in the battle.

The poison had paralyzed Fergus from the waist down and caused more pain than he had endured in all his years of service. Vaspiris poison caused paralysis and pain, but the victim cannot die. Cannot will themselves to die. Fergus would have floated in the ocean, paralyzed and in pain, and probably been eaten by a sea creature if not for the sea serpent Punzel, who rescued him, after being injured herself.

Atlas, a prosperous kingdom in the Nesslock sea, had experienced a giant earthquake deep in the ocean and the entire island crumbled beneath it. The city fell into the depths of the ocean, so far down that only deep sea creatures could travel there. Punzel had been close enough to be injured by the falling debris.

She managed to carry Fergus to Lajos’s old chambers. Lajos and Fricassa had been on an errand for the king and missed the fall of the island. The sea serpent and Fergus lived in Lajos and Fricassa’s chambers for the next century plus. Until Rykert the Bold and Felicity the Valiant had discovered them today. [Seeking: Fellow Warrior - Book 4 - The Seeking Series]

It had been a long day. Fergus's discovery had sent joy and celebrations throughout the community. Many of whom had already traveled to the first ever Aasguard School’s grand opening. They already had the hope of the school, only to learn that Fergus still lived.

A day of hope and joy their bedraggled community desperately needed.

A huge sigh dragged from Fergus's lungs. “What is a few more days?”

“That’s the spirit.” She could not resist leaning forward to kiss him. He did deserve a reward for shouldering this news.

Fergus jerked forward to wrap a big hand around the back of her head and hold her close as he took over what she intended to be a quick kiss. She preferred his take on the embrace.

Their mouths opened and she enjoyed—savored—her first taste of this warrior who was hers.

She released his hand to thrust both hands into his dark hair, now cut short and tidy. Their tongues explored one another and learned each other.

When they parted, she stared into his dark eyes and fell even harder for this man. Her mate, if her instincts were correct. She suspected they were.

They had not led her wrong in the past.

“Thank you.” His voice rasped.

She smiled. “You are welcome. And thank you.”

They shared a smile that made her heart soar and her hopes sail higher than her deceased dragon was wont.

Fergus the First never expected to live this long. Had never considered a school to train Aasguard warriors and now healers. To see the Age of the Aasguard when they were free to marry, free to do as they wished. They could open a business, work for whomever they chose, no longer offering their swords as treasury protectors or bodyguards.

Had never expected to meet the one warrior meant for him. Here she was, Lucy the Lucky. A woman he heard of all his life. Somehow he was given an unexpected treasure in her.

And I cannot walk. 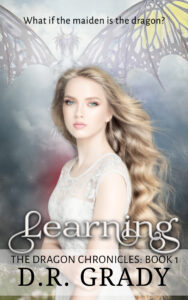