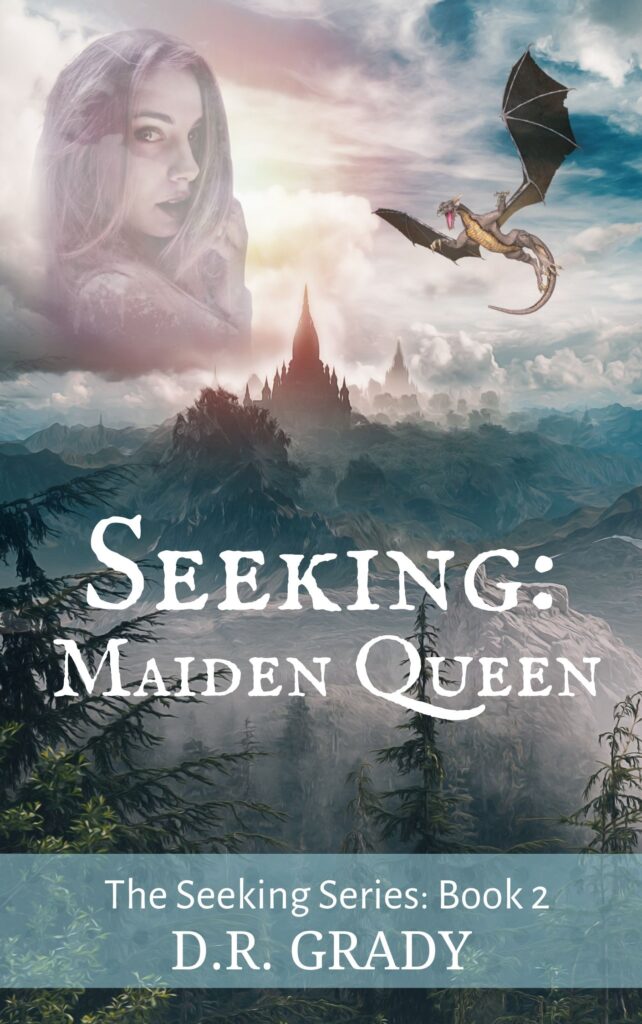 Part of the The Seeking Series series:
View on Goodreads

Princess Stefana of Montequirst has one fear: being forced to marry a man she did not choose. So when she’s kidnapped by an insane neighboring king who intends to constrain her to do exactly that, she begins to rethink the entire princess thing.

Lajos the Swift, Aasguard warrior, and Stefana’s bodyguard, has set plenty of safeguards in place to protect her. But he’s starting to question his motives. After she’s kidnapped, he sets off with Montequirst’s clumsy dragon to retrieve her.

No one expects the consequences of this successful rescue. Soon Stefana and Lajos’ control of their lives are abruptly torn from their grasps. They are thrust into a life neither envisioned, but that they must accept, or others will die.

Hanging onto a galloping horse while limited by the confines of a full gown proved challenging. Attempting to do so while bound hand and foot was harder still. Especially in light of her poor horsewoman skills.

Stefana, Princess of Montequirst, had never established herself in this realm. Much to her own chagrin and that of her family, all of whom were superior horse people, she had failed to shine on horseback.

Her heart gyrated with each pounding hoofbeat of the stallion carrying her far away from her own country. Sweat pooled at the base of her spine. And if honest, everywhere.

The nervous, sticky variety that now coated her body in an unbecoming way.

Her new bodyguard had been appointed to her because the new queen and king suspected Stefana was in danger. Her bodyguard’s duty was to prevent this sort of thing from happening. His sole purpose—to keep her safe.

Yet here she was, trying desperately to be left behind, but her captors had bound her to the saddle. Of course they had.

She couldn’t even scream, since they had also gagged her. Bound on her side, on a galloping horse, wasn’t how she had envisioned spending the rest of this evening. Stefana had never heard of anyone dumping someone on a horse on their side, and she concurred. It was a terrible idea…

The only glimmer of hope in this unfortunate situation was that her absence during the evening’s mandatory ball, given by the parents of a friend whose wedding loomed, would rouse people’s attention. The bride intended on soon marrying the man of Stefana’s dreams. No one other than her best friend Raene was aware of Stefana’s feelings toward the intended groom, including the groom.

In hindsight, Stefana probably shouldn’t have stalled in getting dressed this evening.

Being carried off by someone she had yet to identify did not rank as better than presenting a false smile at tonight’s ball. She entertained a few suspicions as to her captor’s identity, but these did not ease her discomfort or anxiety.

The horses were of the capable variety. Someone had evidently planned out her abduction to maximum efficiency. The horse she “rode” appeared to know the way back to the stable and intended to reach it as soon as possible.

Another unexpected jolt jarred her entire left side.

The smelly blindfold twisted and now dug into her left eye. The tossing to and fro from the cantering animal, paired with her inability to see and speak, caused enough horrors. Being tossed hither and thither made her grit her teeth as an acute case of nausea made itself known. Stefana counted herself lucky that she had not eaten this eve.

Otherwise, her stomach abruptly dispelling its contents likely would have killed her. Provided the ride itself didn’t. Her left shoulder jammed continuously into the not-made-for-laying-on-one’s-side saddle horn. The bruising along her left hip would be colorful, and she prayed it soon turned numb, as her hands had long since done.

Not to mention her feet, as her ankles were also bound, and attached to her bound wrists. At least one bloody gash oozed on her upper chest where a tree branch had scraped her. Her voluminous skirts provided no cushioning because her captors had left them hanging any which way, so she also periodically endured blasts of cold air.

After long hours of the teeth-rattling gait, the scent of decay and neglect grew stronger the longer they hurtled from Montequirst. It slapped her gag reflex. Clearly not the fresh, clean air she was used to at home.

So they must have passed into unknown territory.

The horse beneath her had to be well trained and used to long travel, because his pace didn’t abate. From the way he ran, it seemed he understood the need to pace himself, because the stallion’s gait remained steady and sure.

With this realization, her stomach muscles cramped. Or the stomach squelches might have to do with her awkward position. At least they could have sat her astride. Despite the court dress she still wore.

They had not bothered to wrap a cloak around her, and as the nervous sweat cooled, shivers chattered her teeth. All too soon though, the blasts of cold air grew increasingly furious. She thankfully had lost feeling in her limbs, and especially her left side, where the saddle horn seemed intent on piercing her.

What were the stages of hypothermia again?

Stefana winced as the horse carrying her tripped. It jammed her already sore shoulder and hip against the rounded part of the saddle. And probably increased the size of her bruise. Since she had passed the point of feeling, it merely made her clench her teeth, but didn’t hurt too much. She’d rue the pain later.

Stefana longed to cry out at the indecency of her situation.

While she hadn’t been the acting princess very long, she already hated the position. Not the work, but the politics.

She had willingly taken on the princess undertakings at the behest of her best friend and the new queen, Raene of Montequirst, once her best friend’s mother abruptly took ill and died. Stefana had spent enough time with Raene and their late queen to accomplish all necessary monarch responsibilities.

This is why she had recently become the acting princess. With only Raene left of her line, and her mother’s abrupt death, someone had needed to step into Raene’s former role. Stefana had been only too happy to assist.

This is why Vidar and Raene insisted she be plagued with a bodyguard, but he hadn’t done her an ounce of good in this instance.

Her rooms should have been secure. The powerful safeguards in place should have ensured this, so that led her to believe someone had given safe passage to her abductors. The very thought of a traitor in their midst made her stomach muscles seize.

If she ever got out of this situation, she might fire her Aasguard warrior bodyguard. Only this wasn’t his fault, and she knew it, deep down. He had taken drastic measures to secure her bedchamber and suite of rooms immediately upon accepting this post.

How had someone circumvented those safeguards? Lajos’ measures should have hindered anyone not permitted within her private domain. The unsavory men waiting for her, in her own bedchamber, ranked among that number.

Another jolt to her hip created a wave of pain so intense it blinded her. Nausea roiled in response to the agony in her hip. Squeezing her eyes shut, she rode out the pain, stifling the urge to vomit, because that was unladylike, but also because the gag would make it quite impossible, if not lethal.

She swallowed, but stomach acid clawed up her throat. A terrible sound emerged from her traitorous throat as more of the bile surged upward. Shuddering, Stefana fought harder, but still she retched.

Someone yelled and the gag was yanked from her mouth as she vomited. Spasms racked her as she struggled not to sob. More pain ratcheted from her entire trembling body, and that shouldn’t be.

The agony became so intense she finally welcomed the blackness that claimed her. 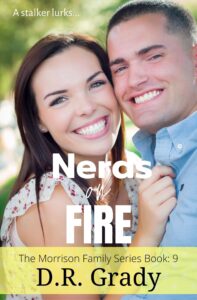