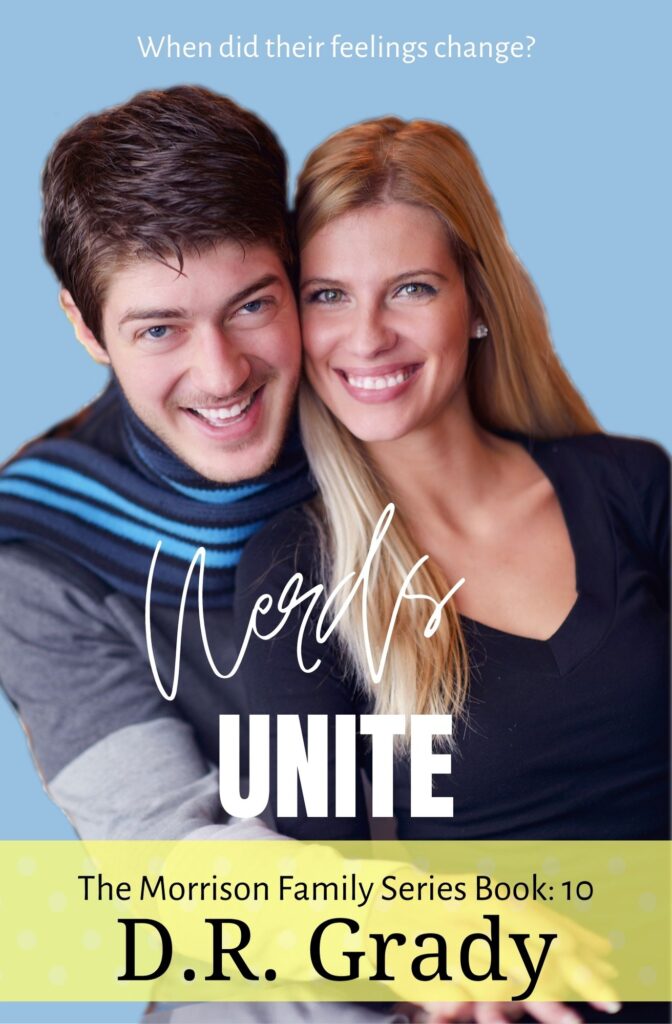 Life is full of promise for Katy Greene. New town. New job. New BFF. Everything is great…except for the creepy feeling that someone is watching her.

After they confirm Katy’s stalker is real, she has some explaining to do to BFF Leo de Vosse. Not to mention some explaining to herself. When did her feelings for Leo turn into something more than friendship? The stakes are high as she fights for her life with the stalker, and for her heart with Leo.

“You belong to me. He can’t have you.” His voice was so sincere. So serious it sent her heart racing. His eyes didn’t show crazy, but since his words were, adrenaline shot her temperature up while her nape hairs rose.

She had to run, preferably in the opposite direction.

Screaming as she tried to lunge away, her limbs were leaden and wouldn’t obey her instructions.

Doctor Katy Greene awoke with a gasp. Her heart beat far too fast and a clammy sweat stuck Leo’s pilfered t-shirt to her back. She took several deep breaths as the vestiges of the nightmare were replaced by reality.

Reality was definitely better. The phone beside her bed continued to blare and vibrate as the screen lit with a kaleidescope of colors.

Snatching it up, she answered.

The call to work could not have come at a better time. With the insidious whispers of doom and gloom still taunting her from the fringes, she wouldn’t have been able to sleep again anyway. Instead, she shoved the covers away, to race into the shower to rinse off the nightmare-induced sweat.

It took her ten minutes to change clothes and climb into her vehicle, thankful she was heading to the hospital where she worked as a trauma surgeon. This way she would be far too busy to dwell on the awful nightmares that kept plaguing her. They were bad enough she pondered telling one of her two best friends. Either nurse practitioner Trixi Duvall, who was her former roommate, sister, best friend and someone she adored, or pediatrician Leo de Vosse who she had only recently met but who was a kindred spirit if there ever was one, and who she also adored.

Yet she hesitated. Neither of her best friends would provide bad counsel. Both would offer plenty of advice.

Perhaps that was the very reason she kept silent. It wasn’t advice she was seeking. Once she figured out what she needed from them, then she’d say something.

Later that morning, she ran into Leo, and as usual, a little spurt of happiness zinged through her at first sight of him. Her senses always rushed forward and pointed straight at him, so finding him in a crowded room wasn’t difficult. He drew her into his orbit as though he was the other half of her magnet.

His face lit up when she hurried toward him.

“You look terrible,” he stated as his blue-green Morrison eyes swept over her. His square jaw and tussled dark brown hair were so familiar that she relaxed, despite his statement.

“Thanks,” she said but didn’t mean. She did step into his personal space since she was feeling chilled. Leo always managed to suppress the chills. Above average in height, and lean, he sported wide shoulders and lean hips. And plenty of heat, thankfully.

He handed her his coffee as he wrapped his other arm around her. “How long have you been here?”

“Since about two-thirty.” She drank his coffee with relief.

“Yeah.” It wasn’t the traffic accident that had caused her weariness though. It was the blasted dream. She sucked down more of Leo’s coffee before handing it back. “I need more coffee than this. Infused with chocolate.”

He shook his head at her. “Trixi just mumbled something similar.”

“Yeah, she and Mark found each other in about three seconds when they arrived today.”

“Her guest wing still isn’t finished?” Mark, Leo’s older brother, had been renting Trixi’s guest wing, but a fire swept through and destroyed part of it. Mark had since moved back in with Leo until Trixi’s overwhelming, but gorgeous, inherited estate underwent the necessary repairs.

“No, but they think by the end of the week.”

“So you’ll have your one working bathroom to yourself again soon?”

He brightened. “My cousin is planning to work on my bathroom situation this week.”

“Right.” She had heard this story before. He always had something else come up.

“I’m fairly certain Mark threatened him with a lobotomy if he didn’t fix at least one more bathroom.”

Mark was a neurosurgeon so this was a possibility. “A good inducement.”

Leo cocked his head and stroked his chin. “I might have also mentioned that you’re a surgeon.”

Leo and Mark were Morrisons on their mother’s side. That meant they had eight hundred relatives, at least.

“It’s not nice to threaten people.” Her scold fell flat since she shared Leo’s unfortunate sense of humor.

“I alluded to you being really good with a scalpel.”

“You don’t know that for certain.”

Her friend’s praise sent warmth and happiness through her, because everyone knew Leo’s cousin, Janine Morris, was the real deal when it came to trauma surgery. She had two tours in a military hospital under her belt and a stint in Johannesburg. The woman knew what she was doing. If she said Katy was good… wow.

“Don’t you two have better things to do than stand around and talk?”

“Speak of the devil.” Leo gestured to Janine, who joined them.

“I’m on my way for coffee.” Katy’s stomach growled.

Leo squeezed Janine, then her, and sipped his coffee before he headed toward the elevators. Katy waved as she and Janine concentrated on obtaining food and liquid stimulant.

“Do we still have additional patients?”

Janine shook her head. “Not from the accident. This can all change though.”

“Of course.” Since Katy was on duty today, she wasn’t going home anytime soon. “Why were you here during the night? You were supposed to be off.”

Janine rolled her beautiful amber eyes. “I had just finished my last surgery and was getting ready to go home when this pileup happened.”

“I thought Dr. Ferguson was supposed to be on duty last night.” Katy selected a coffee cup and filled it. She doctored it up before they headed to the food.

“He was supposed to be, but apparently he was in said pileup.”

Janine’s mouth firmed. “After a stint on my operating table, I think he’ll live, but he’s in no shape to work.”

“At least until he recovers.”

“There is hope he’ll pull through?” Katy paid for her breakfast and followed Janine to a table.

“He’ll be fine, but he’s going to need a few weeks to heal.”

The thought of his empty position caused Katy’s nape hairs to stand on end again as her stomach offered up a protesting roll. 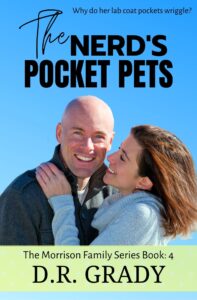