Romantic suspense on the sweeter, lighter side 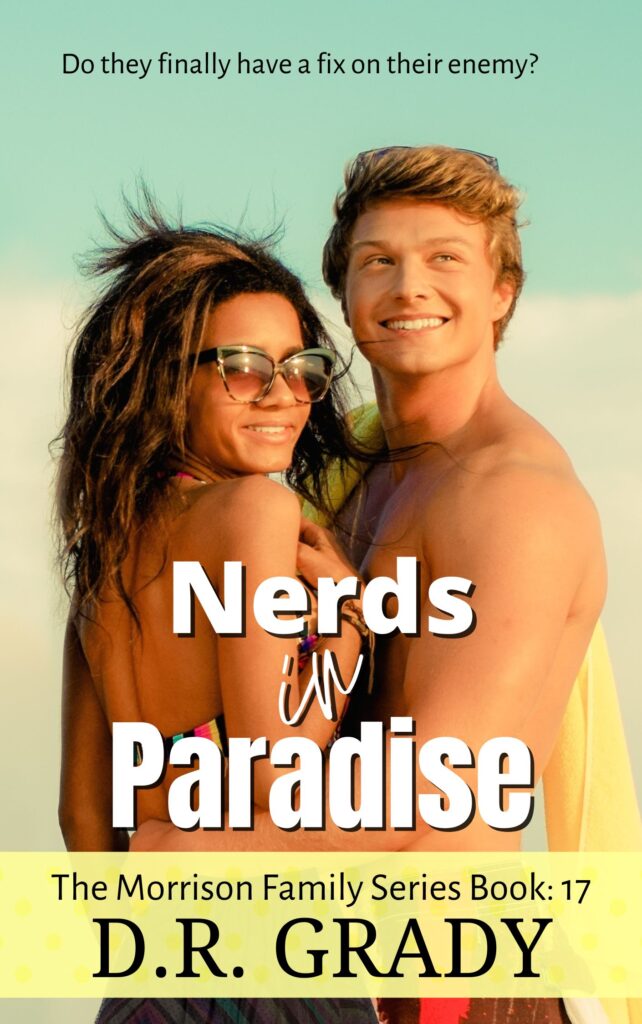 Part of the The Morrison Family Series series:
View on Goodreads

Intense Eric Monnette can’t get skilled Riley D’Arpino out of his mind. He’s a retired Navy SEAL who uses his skills to keep people safe. Except unanswered questions from his past has placed him in jeopardy himself.

Computer nerd Riley is set to retire from the US Army in three weeks. She has civilian life to figure out. She doesn’t need her childhood crush riding to her and her commanding officer’s rescue.

Okay, so said commanding officer took a couple bullets and their boat sank. Now they’re facing near hurricane conditions, a stormy sea, limited fuel, and her commanding officer is going to die if they don’t hustle him to safety soon. Oh, and then there are the bad guys who very much want to silence them. Permanently. Falling in love is certainly not on the agenda.

The flag opened a small, discreet window. A gentle notification that someone had downloaded information. A frantic click on the small window offered more details.

Alarm sliced through veins that pounded with adrenaline. No, surely not.

Additional study revealed many of the officers on base had had their correspondence breached.

The jab of a button and a man wearing an identical uniform entered the room. His rank showed that of a captain.

“Did you get notified?”

“Will this cause trouble?”

“It could. The good news is we should be able to accomplish our goal before they’ve found anything incriminating.”

Not entirely reassuring. “What if they stumble onto our plan?”

He took a deep breath but didn’t frantically look for an escape. He thought things through, viewed them from all angles, looking for the best path.

On that note, the best recourse opened wide. “Then we neutralize the threat.”

“Yes. Do you know where it’s located?”

“Near a private island.” The coordinates weren’t hard to find on the map projected to a wall nearby. A discreet tracker on the threat showed where they were at all times. A decisive tap and he nodded. “This should be easy enough.”

“How are you going to make it look like an accident?”

“Boats sink all the time. It’s common. Unfortunately, their hull ran afoul of a rock and sank.” His charming face showed proper grief at such a terrible occurrence. “The tracker will be rendered useless if immersed in sea water.”

“That’s in our favor. Make it happen sooner rather than later.”

“Before they ever arrive on the island. A tragedy of course.”

He left after detailing his plans.

Once that was taken care of they should be in the clear. These plans had been in the making for years. Things were far too close now to hit snags. Measures would be taken to see the culmination of all these years of hard work and effort.

That is why the tracker had been necessary. Thankfully they’d gotten wind of the man being brought in and one never discounted coincidences. It had been anti-climatically easy to plant the tracker in the man’s boot.

There was too much at stake to lose now.

I wonder if my associate—who knows too much—also needs to be neutralized?

A fierce wind pummeled the speedboat that Eric Monnette had selected from the limited options at the dock. Rain blew sideways to creep under his collar and slashed across his face and the windshield. Massive waves made this excursion equivalent to an amusement park ride.

It performed wild dips, unexpected aerials, and treacherous crests as the sea fought the wind. As one would expect while in a sea-craft during a hurricane. Or a tropical storm hoping to become that hurricane when it grew up.

An enthusiastic gust of wind splattered rain across his face and the boat windshield. Eric eased off the throttle. He neared a tricky section. On the northeast side of Toliliel, the island of his birth, lay a swath of sunken islands that created shallow water and crags of rock that could prove disastrous to anyone unfamiliar with this section of ocean.

The waves formed gigantic barrels that no surfer could survive. In his fast boat, Eric was confident. He’d grown up here and knew these waters. He’d also received a stellar education from Uncle Sam while in the Navy and came out on the other side as a SEAL. This didn’t daunt him. Much.

He wished he had a few of his teammates with him, but a SEAL got the job done and Eric, while retired, could do no less. Besides, the woman he sought, Riley D’Arpino, was worth his efforts. He’d only met her once but what he’d garnered from their one meeting had intrigued him.

Riley and her commanding officer, whose name he had not been able to learn, had been assigned a leg of research on the same project that he and others in the house he shared needed to know. He didn’t have specifics as to what Riley and her fellow officer were researching but those at the house had concluded they should join forces.

A giant swell tipped the boat but Eric corrected with ease and rode out a few waves so massive that any dry part of him ceased to be. He’d been wet before. Had slogged through conditions like these before. He kept moving forward.

That’s what a SEAL, even a retired one, did. He purposely didn’t think of the shoulder injury that took him right out of the military and his SEAL career. The scars told a story he wasn’t interested in hearing again.

Right now, he needed to locate Riley and her CO and get them off the island he thought they might be on. Whether she and the other officer had actually holed up there remained mere speculation but as it was the only Intel he had, he would check there first.

A few islands scattered this area and the one he thought Riley and her commanding officer inhabited could not boast to being the largest. Several other islands here did contain a building of sorts, but if Riley and her boss were conducting computer research, they needed reliable internet.

That ruled out at least two of the other islands. They were too far from civilization to merit any sort of signal. At least he hoped. Eric had learned early on to not rule something out until all evidence proved that to be the best option.

Thus, he powered forward through waves not fit for an ocean liner. He’d find these two people. Even if he had to navigate a small boat through hurricane conditions.

Don’t try this at home.

The old joke from his SEAL days didn’t cheer him up as much as he’d hoped but it did loosen the largest muscle in his jaw. That should help deter the headache working to crack open his skull.

Through the sideways rain, he detected a landmass. Eric checked his dials and coordinates. A few corrections later and the land mass he wanted showed dark against the moody backdrop. Alert to the rocks that jutted from the water here he eased back even more on the throttle.

The storm’s cacophony made it impossible for him to hear anything else. He did monitor the intensity of the storm. If it got much worse he’d have to hole up. Only a moron would be out in a true hurricane. This tropical storm hadn’t reached that rating yet, but it could.

He ran the boat right up to the dock and brightened at the sight of a sturdy looking boathouse. That meant he could run the boat inside and hopefully it would be protected. Securing the boat was a wrestling match, but he persevered. Then exited onto the dock.

A rogue wave loomed and Eric skipped back in an attempt to avoid it. Not the most graceful attempt as he slammed against the boathouse wall. The ensuing swell blasted across the dock, soaking everything in its path. It threatened to sweep him into the angry sea but his back firmly pressed against the wall kept him on the dock. Not that he didn’t know what to do if swept out to sea, but he’d rather not take a swim this afternoon.

The sun hadn’t gone down, but obviously the light had been diminished by the black storm clouds. It would soon give way to the night so he didn’t have a lot of time. He waited for a lull in the swells before he bolted for the land.

Eric kept low as he sprinted. The cottage facing the sea had large windows. They were not boarded up.

This made him duck down even further. His heart sank. He took a closer look. No, that was definitely the reflection of light off glass.

No one from around here would neglect to board up windows in a storm like this. Debris could cause far too much trouble and if water got inside…wind followed and you could kiss the building goodbye. The destruction potential alone made boarding up windows a priority.

If Riley and her commanding officer hadn’t taken the time to do so it most likely meant they weren’t here.

A familiar whine made Eric’s decision. The heart of the storm slammed into him. He didn’t have long to sprint to the cottage, board the windows and get inside.

The new fury beat at his back as he raced up the beach to the cottage. He found the boards for the windows exactly where Harlow, the island’s owner, said they would be.

His heart hung a little heavy. All indications said Riley and company were not present.

It took way longer than it should have to jam the boards in place and make certain they weren’t going anywhere without his consent. The wind grabbed the hammer and slashed enough water across his face to blind him.

I’m out of practice.

Eric kept on task. Finally, he finished the windows and used the code given to him to gain entrance into the cottage. When his eyes finally adjusted to the dim interior, they landed on the dull handgun pointed with steady ease right at him. 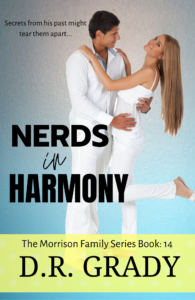